Mexico continued their winning momentum after beating Korea Republic 2-1 with the Koreans left reeling and out of the 2018 FIFA World Cup in Russia.

Amid scorching heat in Rostov and a cauldron-like atmosphere created by almost 20,000 fans, Mexico beat Korea Republic 2-1 in Group F to put one foot in the knockout stage.

El Tri initially struggled to break down the Koreans, who set up in a defensive tactical shape and left the livewire Heungmin to plough a lone furrow up front.

However, after Vela’s 26th-minute penalty had broken the deadlock, the Mexicans were able to breathe easier and better guard themselves against counter attacks thereafter.

Even so, Guillermo Ochoa was called into action to prevent Heungmin from equalising shortly before half-time.

The Taeguk Warriors were forced to come out of their shell and push forward as the match wore on, but this more open approach suited Mexico down to the ground, paving the way for them to double their lead.

El Tri fans in Rostov Arena were in full voice after Hernandez struck in the 66th minute and will have gone away with high hopes that their country will finally break their Round of 16 hoodoo this year.

As for Korea Republic, Heungmin’s stoppage-time screamer from outside the box will have served as scant consolation given that the result left them staring elimination in the face.

It was a deserved win for Mexico against Korea Republic, who were well organised and looked threatening when they managed to break.

El Tri showed patience and got their reward from two fine pieces of play.

The second goal was particularly noteworthy, seeing as it was almost a carbon copy of Mexico’s strike against Germany: a textbook counter attack but with the roles reversed, Lozano turning provider for Hernandez.

The Korea Republic team struggled to get into their groove throughout the game and hardly carved out any openings after going behind.

It is fair to say that they never recovered from the penalty and that Son’s goal was too little, too late.

France 1998 was the last time Korea Republic were knocked out after the first two group-stage matches, but that is now a distinct possibility.

Liverpool come from behind to beat Aston Villa 2-1

A superb Toivonen lob had gotten Sweden ahead at the break the Reus pulled them level.

Germany later went down to ten men after Boateng got a Red Card but a stoppage-time stunner from Toni Kroos snatched the late win for his side.

Sweden battled hard and at the break looked like they could pull off a stunning shock thanks to a marvellous goal.

However, under an absolute onslaught they couldn’t quite hold on – a painfully familiar feeling.

All isn’t over, though. A 1-0 win over Mexico would leave them level on points and goal difference.

Kroos’s cracker will probably be remembered as one of Germany’s all-time great goals. If they go on to retain the title, it will be a major plot point in their Russia 2018 story.

This is a defeat that will hurt a lot, still the Swedish players have to be proud of what they have produced here tonight.

No one thought they’d have a chance against Germany, still they were as close as you get to coming away with a point.

They fought until the last minute, and no one can say they did not give everything they had this evening.

A winner in added time with one man down – that’s vintage Germany at its best.

The team against Sweden was a different German team than the one against Mexico: more commitment, more focus.

It was already evident in the first half when the team was tracking back in numbers after losing possession.

But for a while it seemed that this was not to be Germany’s tournament, think of the red card and Brandt hitting the post.

The Kroos winner means they now have their fate back in their own hands. 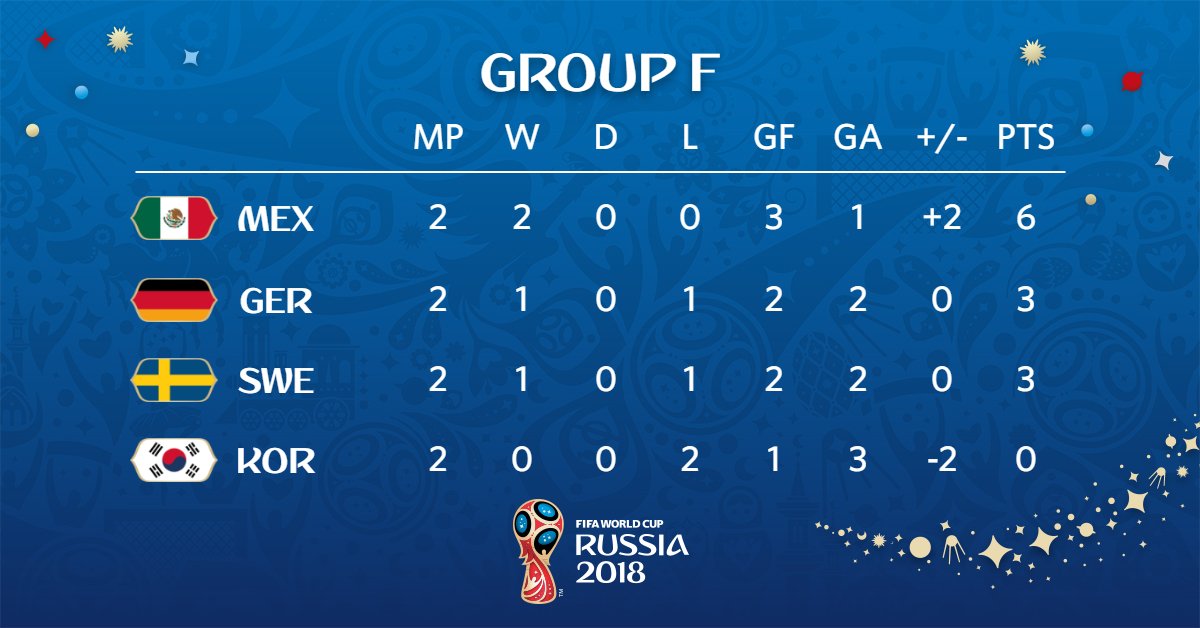 Liverpool come from behind to beat Aston Villa 2-1