Perhaps the greatest shocker of the FIFA World Cup going on in Russia came on Thursday when Argentina was downed by Croatia with an unbelievable goal margin 0-3!

The first half of the First stage – Group D match at Nizhny Novgorod Stadium ended uneventful with no goal to either side.

Argentina’s wall, however, cracked when a poorly cleared back pass by goalkeeper landed just before Rebić at the 53rd minute.

Rebić did not hesitate to send the ball behind the net making it one for the Croats.

A powerful strike by Modrić at the 80th minute left Argentina trailing by two goals down.

Ivan Rakitić added another one minute into the injury time to seal the fate of Argentina 3-0. Unbelievable, one might say.

Lionel Messi, who was shocked beyond words, sullenly walked straight to the dressing room after the match.

With five goals and surely six points, Croatia have progressed to the round of 16.

Zlatko Dalic’s side broke with pace and overloaded the Argentinian defence.

With La Albiceleste waiting for an offside flag that never came, Rakitic had the simplest of jobs to slot home.

Speaking after the match, Argentine coach, Jorge Sampaoli has this to say:

“I had to devise a plan for this match. If I had set things up differently, things might have turned out much better.

Hazard apologizes to Real Madrid fans for joking with Chelsea…

“I don’t think it’s realistic to put the burden on Caballero [for his mistake].

“I think because of the reality of the Argentinian squad, it clouds Leo’s brilliance.

“Leo is limited because the team doesn’t gel ideally with him as it should.

As coaches we need to realise these things and try to deal with them and I’m the one that needs to accept it.”

Speaking about perceived “shame” after the defeat, he said:

“I don’t know about shame, but I definitely feel pain.

“It’s been a long time as a coach since I’ve been through this experience and it’s much more painful when I’m wearing the jersey of my country.

“[In the last match] we have to fight, give it our all, and we really have no other alternative.

“There’s pain because we weren’t at the level that the Argentinian people expect of us.

“I beg for the fans’ forgiveness. Especially for those that make the great efforts to travel and see Argentina.

“I am responsible for this result.

“I believe I did the best job I could and I quite simply did not find a way to give them what they wanted.”

Argentina will no doubt fight till they drop against Nigeria at the last match to redeem their battered image afte a draw with Iceland at the opening match and this 3-0 pounding by Croatia. 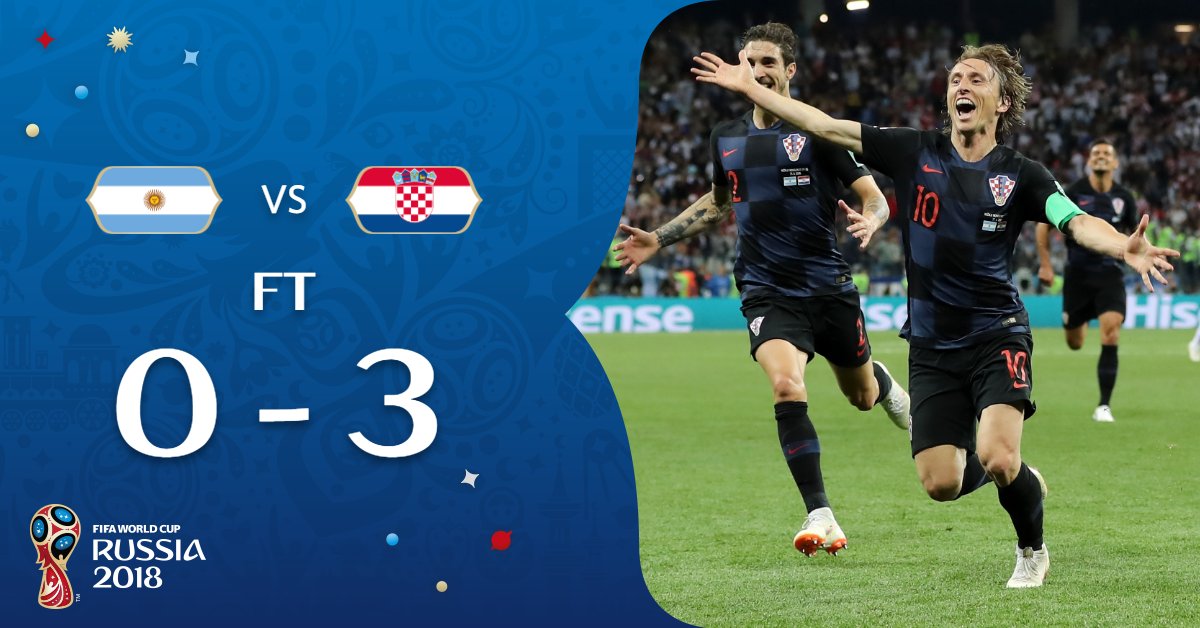