Zimbabwe going the way of Guinea Bissau – By Owei Lakemfa 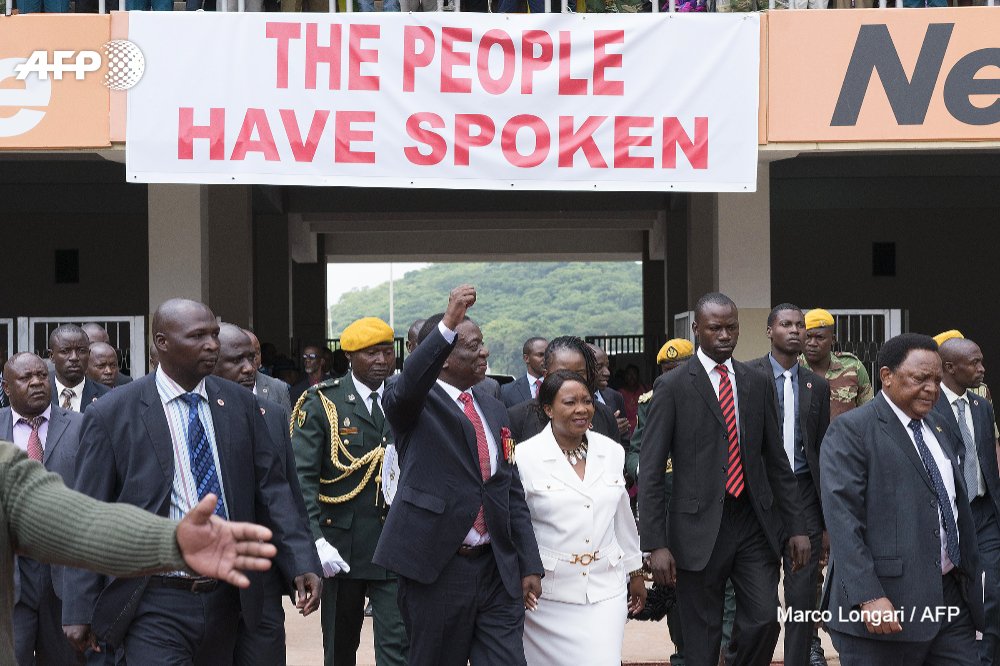 The resignation of Robert Mugabe on Tuesday  brought the  one week tragi-comedy that followed his overthrow as Zimbabwean President to an end. The world had witnessed the comedy of a President overthrown by the military being virtually begged to resign while he gave conditions.

The coup puts Zimbabwe on the same path taken by  Guinea Bissau and Cape Verde, another country which fought a bloody liberation war against European colonialists, built an anti-imperialist system but whose military intervened and truncated the system. The latter liberation movement was led by one of the most intellectually-endowed and clear-headed Pan- Africanists, Amilcar Cabral. He, his brother, Luis Severino de Almeida Cabral and four others had  on September 19, 1956, founded the African Party for the Independence of Guinea Bissau and Cape Verde (PAIGC) The country, a Portuguese colony, had sought to differentiate itself from  the former French colony of Guinea by adding its capital, Bissau, as part of its name.

Tragically, as the liberation struggle was coming to an end with victory certain for the colonized people, Amilcar Cabral was assassinated on January 20, 1973. This huge set back almost led to the derailment of the PAIGC,  the party leading the war.  That year, the party  declared independence, and the following year, Portugal, the colonial overlord, submitted to the will of the colonized.

Fortunately, Luis Cabral was able to steer the PAIGC into clear waters and the country held a lot of promise for Africa; a traumatized continent wracked by neo-colonial minds and leaders. There were debates on the future of the party and the country, but tragically, a section of the military took matters into its hands by staging a coup on November 14, 1980. The former Armed Forces Commander, General Joao Bernardo Veira, who was also the Prime Minister took over and ruled in the name of a revolutionary council.  President Cabral was placed under house arrest for thirteen months. The immediate reaction of Cape Verde was to secede, and two countries were born

That coup  laid the foundation for instability in the country so much that no leader has ever finished a term in office.  All the country’s leaders in its 43-year history of independence, have either been overthrown as were  the cases of Cabral and President President Raimundo Pereria, assassinated as happened to General Veira or  died in office  like Malam Bacai Sanha.  The revolutionary army became a major problem with mutinies, coups and counter coups.  Following a May 1998 army uprising, a civil war ensued during which a large parts of Bissau were  destroyed. When I visited the area some five years later, the devastation was still visible.

The promise that was Guinea Bissau, evaporated; except for some public places like the bridge linking the country with the Casamance Province  of Senegal, the name Amilcar Cabral, no longer tells the  story; the story of African military triumphs over an European power, the story of  liberation and promise. Once internal debates  had been truncated by the guns, the revolution fizzled out. So backward has Bissau become that at a point, Nigeria had to pay its civil servants and military while the country became a major drug trafficking hub for Latin America drug barons.

RE: PROF. M.K OTHMAN: Removing the smokescreen of national…

Zimbabwe, with the possibility of future splits within the military and endless rivalry for power, may go the way of Guinea Bissau. A liberation party like  Zimbabwe’s ZANU-PF can develop with internal debates and critical self-examination. However, when some members reach out for  guns and point them  at others, debates cannot continue.  That is actually the end of debates or what Nigerians called a brand of car  ‘End of Discussion” A coup as happened in Zimbabwe, cannot be the elongation of discussions by other means; it is a determinant. Definitely in a debate; ideological or not,  the man with the gun is the more logical, more ideologically, correct and wins the debate.  That is until another can also pick the gun; then it becomes ‘a balance of forces’ or what in this  Nuclear Age, I will call ‘a balance of terror’

The  generals who overthrew Mugabe are the same people less than a year ago who claimed they would die for him. The same politicians  who three weeks ago, helped Mugabe impeach Vice President Emmerson Mnangagwa, are the same crowd that under the gun, decided to impeach Mugabe and put Mnangagwa in his place.  Eleven months ago, the ZANU-PF held its  national convention  and despite knowing that Mugabe will be 94 years when the scheduled general elections will hold in 2018, decided to make him its sole Presidential Candidate.

They knew he was old and tied, so they began long campaigns to ensure he accepted to run. They organized mass rallies in which they chanted ‘Tongai, Tongai Baba! ‘ (Rule, Rule Father!)

Mugabe was uncritical at such moments, he took the hood for the monk. He told the media:  “They want me to stand for elections, they want me to stand for elections everywhere in the party … The majority of the people feel that there is no replacement, a successor who to them is acceptable, as acceptable as I am…Of course if I feel that I can’t do it any more, I will say so to my party so that they relieve me. But for now I think I can’t say so”

I saw jubilant crowds in the streets after the coup, and following his resignation.  I shook my head. I wondered what the jubilation is for; is it just about the departure of Mugabe or do they believe  the  tired generals who overthrew their  boss, and the foxy former Vice President who are taking over, will better their lot? Is this really “Operation Restore Legacy”? If so, what legacy are they restoring? What really does Zimbabwe stand to benefit from an intra-party strife over which one faction rolled out the tanks to subdue the other? The coup may pass off as ‘a transition’ but something tells me the Mugabe era, may be the golden age of Zimbabwe.

Restructuring: Nigeria’s Unity Must Be Our First Focus, Says Saraki

In 2003, south-east voted for Obasanjo against Ojukwu – why? — By Fredrick Nwabufo

RE: PROF. M.K OTHMAN: Removing the smokescreen of national stereotypes against Ndigbo…